An unforgettable football experience at the NFL Munich Game between the Tampa Bay Buccaneers vs. the Seattle Seahawks 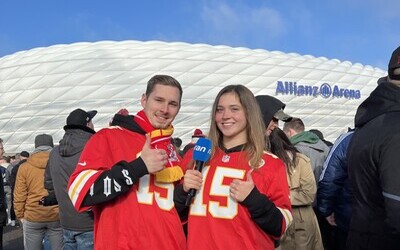 Two happy winners in front of the Allianz Arena 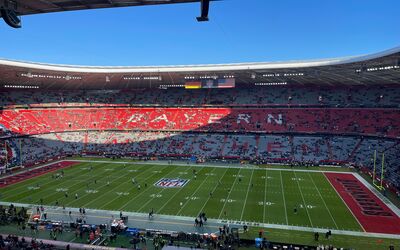 The arena from the inside 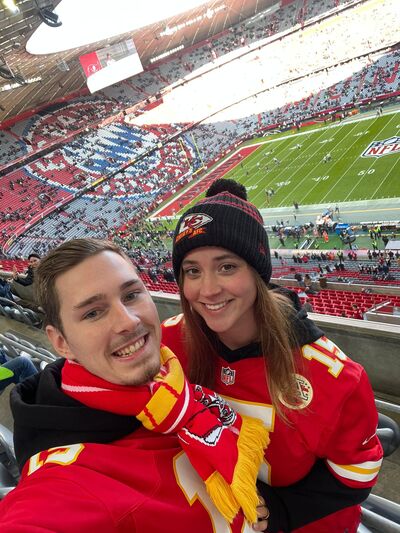 Fabienne and Maurice on their seats in the arena 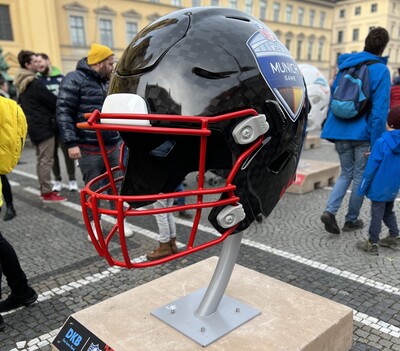 One of the oversized NFL helmets in Munich

When the Tampa Bay Buccaneers played their first NFL game against the Seattle Seahawks at the Allianz Arena on 13.11, they put the entire city of Munich in a state of emergency. In the middle of it all: winner of the VIPrize NFL campaign Fabienne with boyfriend Maurice. Both are big NFL fans themselves, boyfriend Maurice of the Kansas City Chiefs, of which he watches every game with his father - no matter what time it takes place. After Fabienne found out that she had won the tickets thanks to her 50 euro donation in favor of the Arbeiter-Samariter-Bund for war refugees of the Ukraine crisis, she surprised her boyfriend together with VIPrize. And Maurice? He was completely speechless - pure emotion.

Saturday morning on 12.11 it went off for both in the direction of Munich. After arriving at the beautiful 4* hotel, they immediately started to explore the beautiful Bavarian capital. Both spent the whole weekend in Munich and were able to experience the NFL hype that was going on in the city. The entire city was teeming with NFL fans, all wearing jerseys of their favorite teams. But the city of Munich also had a lot to offer NFL fans: At Odeonsplatz, there were great activation measures for the fans. For example, NFL helmets from all the clubs were distributed in oversized form all over the square. An unforgettable experience for Fabienne and Maurice.

In the evening, both met Chiefs fans with whom they got along well right away. Thus the night was made together in the Hofbräuhaus to the day and they celebrated together until the morning hours.

On Sunday 13.11 it was finally time for the first NFL game in Germany. After arriving at the Allianz Arena, Fabienne and Maurice were interviewed exclusively by a TV team in front of the stadium, as the draw took place together with Pro7 ran. Afterwards, they finally went into the beautiful Allianz Arena for the first time, where they were absolutely overwhelmed by the great atmosphere on site. They watched the game from absolute top seats, where they could see superstar Tom Brady live in action, among other things. In the end, he also walked off the field as the winner and celebrated a victory over the Seattle Seahawks with his Tampa Bay Buccaneers. He, too, will probably remember this game forever.

The atmosphere in the arena was unique and continued long after the final whistle. Songs like Country Roads were sung loudly by the fans in the stands - pure goose bumps. An eventful day full of American football highlights.

We thank you Fabienne for your donation to the Arbeiter-Samariter-Bund and the campaign "ran hilft der Ukraine.

Donating is rewarded - in all directions!

A very big thank you also from your VIPrize team. We hope you will never forget the unique experience in Munich!