Help that comes from the heart 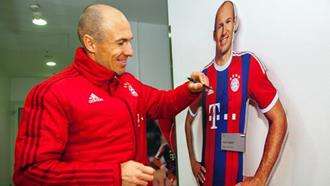 WE PROMISED TO HELP - AND THAT’S WHAT WE’RE DOING

FC Bayern today is one of the top European football clubs, with a record number of German championship and cup wins. But success isn’t everything. Getting socially involved was always important to those in charge of the club.

The record-breaking club decided in 2005 to bundle its many social activities into a non-profit-making charity known as FC Bayern Hilfe eV. Its aim is to offer financial backing to persons who are in need through no fault of their own, to promote learning and education, to help both the young and the elderly and to promote sport and support the needy.

Setting up the charity was triggered by the terrible tsunami that swept the Indian Ocean region at Christmas 2004. More than 200,000 people lost their lives in the devastating wave of flooding, and nearly two million people were left homeless. FC Bayern decided then and there to take concrete action in Sri Lanka.

With a total of 450,000 Euros, the club backed various projects in southern Asia, playing a big part in rebuilding the tsunami-devastated regions. In April 2007 FCB Hilfe eV set itself fresh goals. Its general assembly decided to extend the charity's scope to include "promoting education and learning“.